“David Bosworth is not only one of the sharpest, most perceptive cultural critics around, he has even come up with a way we might think our way out of the mess we are in. His argument is powerful and worth pondering. No one who cares about the condition of our culture can afford to ignore Conscientious Thinking.”

“David Bosworth’s Conscientious Thinking is the most exhilarating cultural critique I have read in a very long time. One of those rare, erudite thinkers who writes beautiful, shimmering prose, he develops his idea of the Idiot Savant into a delightfully frightening analysis of how and why our leaders in all fields are smart but seldom wise.”

“Conscientious Thinking extends and deepens the important criticism undertaken in The Demise of Virtue in Virtual America. In prose at once elegant and precise—and oftentimes amusing—David Bosworth tells us that we are paying a very high price for our willingness to be wowed by clever fools. It is our good luck that he doesn’t suffer them gladly.”

“Refusing to divorce questions of ethics from those of economics and aesthetics, Bosworth models a fearless and passionate transcendentalism for the twenty-first century. Conscientious Thinking is an intellectual tonic, keen and bracing, that yokes the arts and sciences as few books have done.”

“Bosworth’s panoramic sweep—from Henry Ford to Andy Warhol to Richard Dawkins—argues for how much intellectual history the essay can contain. Driven by a passionate mind, this work digs through the ruins of what he terms our ‘Idiot Savant’ cultural moment seeking a path toward ‘reintegration of the self with society and nature,’ a cry in the wilderness for wisdom.” 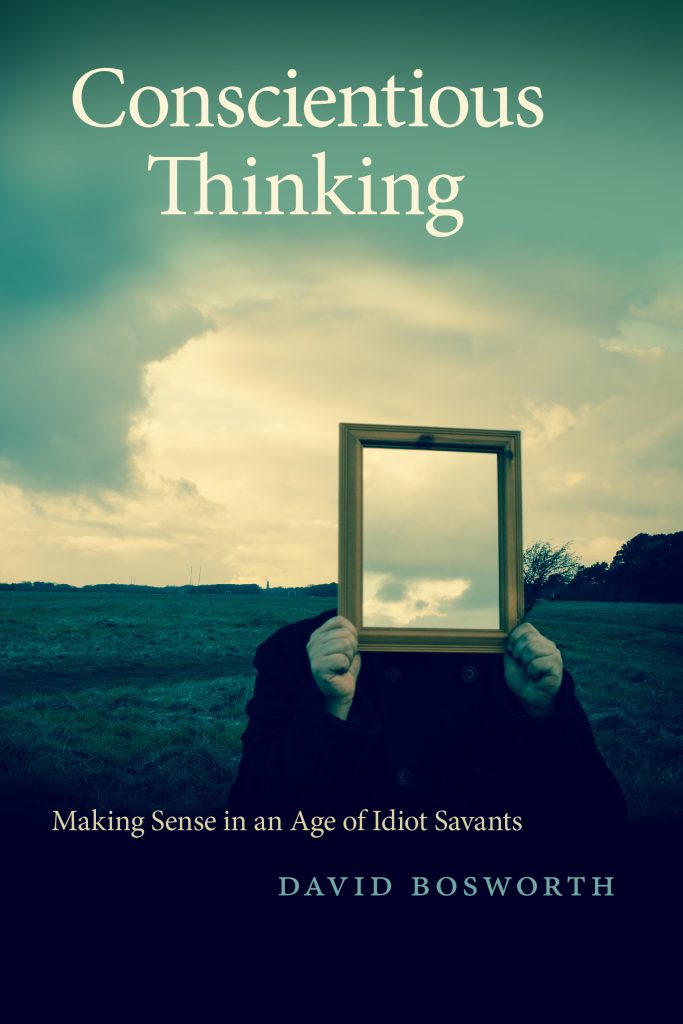